If you’ve had enough of all the media blitz about Covid, then maybe you should put this book aside for a while before reading it. The story is based on a bestseller about a global virus outbreak and the effect it has on the characters in the story who, in some way, are all connected. There doesn’t seem to be an actual ‘protagonist’ since the POV switches to and fro from the slew of characters. Yet the writing, as well as the characters, are well crafted. We see a lot of dysfunctional relationships, and with that come the frequent passages of self-doubt and self-reproach. The decisions taken by the characters, directly or indirectly, affect the lives of others.

To isolate oneself from society is the bestseller’s best advice to escape the virus. But is that a sure way to protect oneself from the infection? Just as burying our past will not erase any wrong decisions we’ve taken.

DiRaddo depicts the Montreal gay community in a realistic light. There are no stereotypes in this novel. His characters are well-rounded and totally likeable. Told in first person past tense, Paul, the POV character’s voice is strong and authentic.
The story tackles the different phrases of a relationship––love, trust, jealousy, exclusivity, as well the importance of giving your partner freedom to explore his potential.
The need to form a family unit of their own is paramount, The characters have chosen a different path to the one they had with their traditional families, yet there is still a deep-set need for parental approval. Paul bakes a strawberry pie every year on his deceased mother’s birthday. Michael keeps the childhood ornaments around him that gave him solace as a child. Although they hold on to the old memories and traditions that gave them comfort, a non-traditional lifestyle involves forming new rules and traditions which reflect their own experiences. No manual exists to guide them.
A most thought-provoking read.

This is a heart-breaking story, both in terms of Afghanistan’s history and the people who were made to suffer because of religious dogma and political strife. The two protagonists, Marian and Laila, are forced to marry the same sadistic, woman beater, Rasheed, and live a life of terror and hardship. The domestic violence and cruelty depicted at the hands of this abusive husband were so brutal, I had to take a breather at times before continuing my reading. Luckily, not all the men in the story were painted with the same brush.

Afghanistan’s political scene is presented starting from the years of the Soviet takeover of the 1980s to the period following the bombing of the Twin Towers and the Taliban invasion. It seemed a little surreal for me to read about Afghan people watching the same horrifying footage of the plane crashing into one of the towers as I also had back then.

The terrible hardships suffered by the people of this war-ravished country, especially the women, are gut-wrenching. But overall, it’s a poignant story where love and hope triumph over evil. I left a part of my heart with these people and admire their great courage. 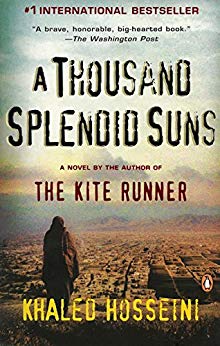 Intriguing, educational, and certainly nothing our history books in school ever focused on. Loved the main character, Eoin, whose hesitancies and fears brought real history to the forefront. A great blend of Irish-Canadian history and fiction which should have its rightful place in the classroom.

A well-structured and entertaining read.

Michael Crummey’s Sweetland, is the story of an older man’s struggle to retain his independence in a world that requires strict adherence to a social network for survival. Moses Sweetland, the main character, is named after Sweetland, the small fishing town he lives in. The reason why they share the same name becomes apparent at the end.

The setting is a remote island off the southern coast of Newfoundland where the residents all know each other as well as everybody’s family history dating back to their great-great-grandparents. Nobody locks their doors at night and they all look out for each other. The once abundant cod has been over-fished and commercial fishery, the foundation of their way of life since time immemorial is no longer a viable way to make a living.

The government has offered the residents an attractive compensation package if they relocate. All accept… but Moses Sweetland refuses to leave the home he’s lived in all his life. He manages to trick people into thinking he drowned and remains on the island by himself with no way of contacting the outside world.

That’s when his troubles begin. Resourceful as he might be, his resources are dwindling and he doesn’t have the same energy (at 70 years old) as he once did. He comes to realize that the people he figured he could live without are the ones he longs to be with. The memories of them become alive and he struggles with what is real and what is imagined. As much as he loves his island and his independence, he cannot live without human contact. He must come to terms with his own death as well as the inevitable destruction of his physical world. Nothing is permanent, both Sweetland the man, and Sweetland the island, will eventually disappear.

The characters are unique, loveable and witty––Moses Sweetland will stay with me for quite a long while. The past, present and ‘imagined’ are flawlessly interwoven. A wonderful, thought-provoking read!

The reading of Edith Wharton’s ‘The Age of Innocence‘ was long overdue for me. I admit I found the beginning a little tedious with the never-ending list of characters, the detailed description of New York City’s elite society at the end of the century with all its traditions, rituals and judgemental morality. The story follows Newland Archer’s, the POV character, struggle to live up to the expectations set up by his bourgeois family and marry the sweet, conventional, May Welland, while secretly longing to run off with Countess Ellen Olenska, a married woman who defies the status quo.
Family and social expectations conflict with Newland’s and Ellen’s wish for a more passionate life away from the rigidity of high society. Newland must choose, his wife or his lover. His choice will determine the path his life will take.
We meet up with him years later, widowed and father of three children. The memories of his emotional struggles are still with him. Is there regret, or the urge to start over where he left off?
The ending is both thought-provoking and poignant. This wonderful story, written over 100 years ago, is still prevalent today. Life’s demands have a tendency to erode the passions and struggles, which in our youth we were ready to die for. All that is left is the memory of a beating heart. 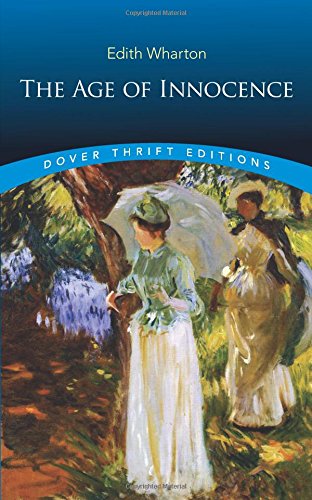 To end the year, a much-appreciated review of my novel in the Ottawa Review.

Like Loading...
Geraldine Brooks historical novel, Caleb’s Crossing, tells the story of Calvinist pioneers who  came to settle Martha’s Vineyard in the latter part of the 1600 century. Pristine land was acquired through unfair negotiations with the native people who had no idea of the white man’s concept of ownership. Then came the imposition of their Puritan views and religion which eventually led to the genocide of the  Wampanoag tribe. It is also the story of Bethia Mayfield, the Calvinist minister’s daughter, who must fight to satisfy her quest for knowledge—education for women being taboo in the Puritan scheme of things. She befriends Caleb, the chieftain’s son,because he is native, is considered undeserving of education. But the English back in the old country want to assert their Judeo-Christian compassion by helping to fund the schooling of Indian children. Caleb’s brilliance becomes apparent and he is chosen to cross the river to the mainland to further his learning. He quickly outshines the non-native students in all subjects, but by doing so he must forsake his own native religion. There is also a price  to be paid to cross over to the other side?
A fascinating read but for the abrupt ending where fifty years of Bethia’s life are told in just a few pages. Quite disappointing when her earlier life was told in such detail.

This is an American-western story of bank robbers in the 1920’s. An elderly lady on her death bed asks a young newspaper reporter, Nathaniel, to write her story while her granddaughter Madeline listens by her side. The grandmother has kept her story secret for seven decades and is now ready to tell it, but insists on using fake names. She describes Joe Tilley’s life of crime in the early 1920’s with his partner Buck. The two go on a bank robbing spree with a young girl as a side-kick, and their criminal exploits seem to be unstoppable–at first.
Meanwhile, Nathaniel and Madeline form some kind of friendship where they try to find clues that will validate the story which at times appears a little far-fetched.  A twist is revealed at the very end of the story–although more astute readers will pick up the clues before that.
The framework of the story flips flops between modern times when the story is being told, and the wild-west times of the actual story. A very entertaining read, but I would’ve liked to see more involvement between the modern characters. 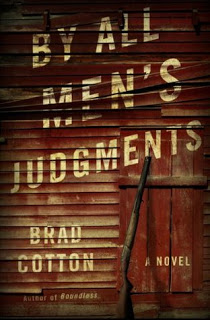 Anthony Doerr’s historical novel, All the Light We Cannot See, tells the story of Marie-Laure, a blind girl who lives in Paris with her father on the eve of WWII, and Werner Pfennig, a German orphan boy who has a passion for technology. The two live miles apart and are on opposite sides of the war but they share an internal conflict: how to remain true to yourself amidst the terror and indignity of war. Werner’s small stature makes him a misfit and an easy target for the Nazi youths trained to destroy anyone showing signs of weakness. His keenness to see the scientific connections to all things and his creativity are the keys to his survival. It is Marie-Laure’s love of books that will enable her to discover the inner courage that will help her transcend her handicap. Their sense of justice and adherence to morality (the light we cannot see) will guide them through the ugliness of war.

The story starts in 1944 and spans about 80 years with short chapters that go back and forth between Werner and Marie-Laure’s POV—though not always in a chronological order. The writing is well crafted and at times lyrical, but a few scenes could’ve been eliminated without harming the plot at all. A must read! 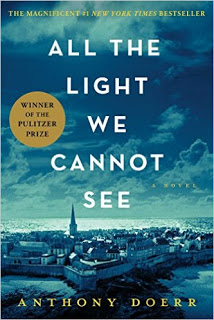